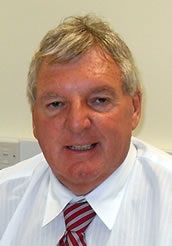 Alan Roberts is the owner and managing partner of Alan Roberts Law and has over 35 years’ legal experience practicing as a qualified solicitor in the UK with several years spent practicing as a barrister and solicitor in Australia. Alan’s experience is substantial and he was one of the first solicitors in England to present a claim for sex discrimination before an Employment Tribunal.

Alan is from the Chester area and has a rather unusual background. He attended a local secondary modern school and left without qualifications at the age of 15 to work as a Junior Operative at Shotton Steelworks where his father was employed as a shop steward.

Acquiring a thirst for knowledge Alan returned to full time education at the age of 22 years, gaining six O-levels and three A-levels before obtaining an LLB law degree at Newcastle University in 1973.

For the next few years Alan taught law at various colleges including Flintshire Technical College and Chester College. He completed his articles to qualify as a solicitor in 1977 and completed a master’s degree in law at Leicester University in 1983.

In 1986 Alan emigrated from the UK to Australia where he worked as a barrister and solicitor for several years as well as lecturing in law before returning to England in 1992.

Since then Alan has owned and worked in his own practice in the Chester area. He has built up a wealth of experience in all aspects of law and acquired an enviable reputation especially in the field of employment law.

Alan also has a number of other businesses and his interests include travelling, current affairs, politics, cricket and tennis.